I began working on the original artwork in the winter of 2013 at the Maine Sportsman Show (where I was humbled to be awarded the Maine State Sportsmen Show Artist of the Year 2013!). 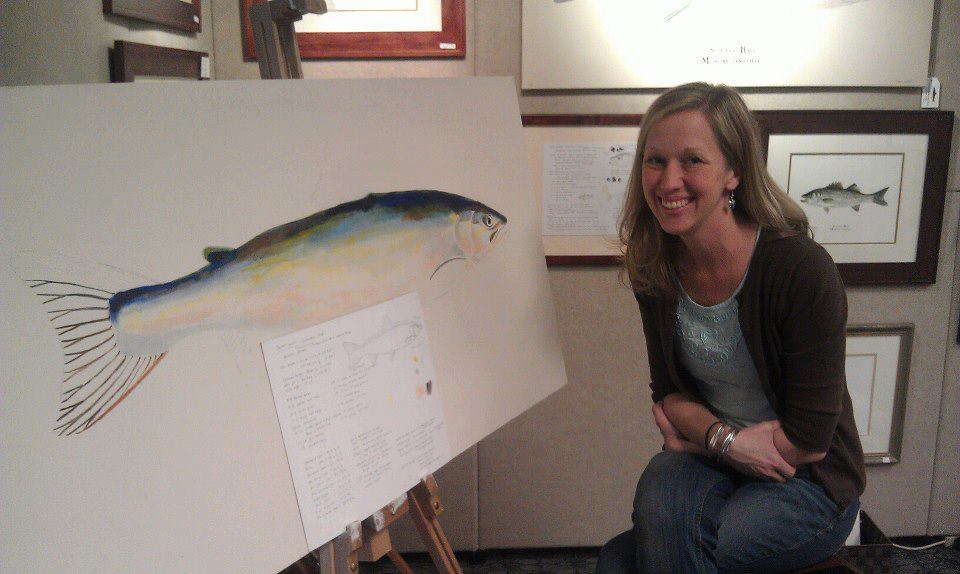 I wanted to finish the piece for a summer show I was preparing to hang in the Karen Talbot Art Gallery here in Rockland, Maine, which didn’t leave a lot of time. As such, I put a lot of studio time in throughout that spring.

I wouldn’t say it was fast, but this piece did come together pretty efficiently, and I was really pleased with the outcome, which sold in my Gallery. 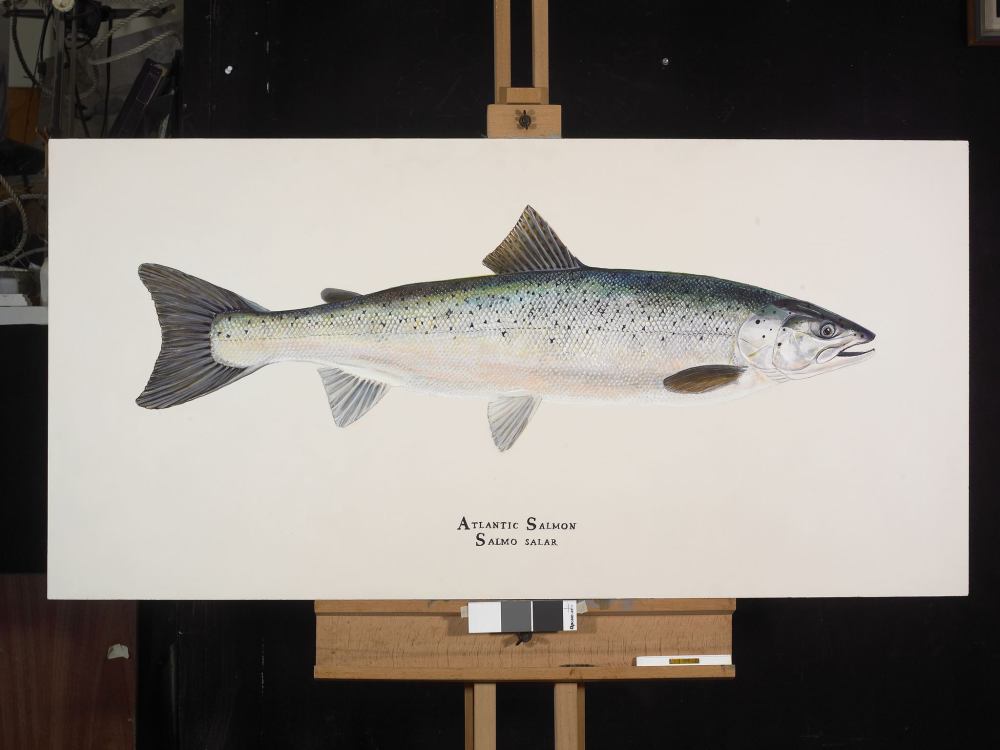 With four trout Angler’s Pints in production now, I knew I wanted to start on another series of fishes that freshwater anglers cherish. What better than a salmon series? You may recall that I released a limited edition co-branded Chinook Salmon Angler’s Pint in September to celebrate the North Carolina premiere of the internationally acclaimed environmental documentary, The Memory of Fish.

In terms of additional salmon artwork, I already have several Pacific salmon, and I recently completed a spawning male Atlantic salmon that was commissioned to celebrate the Howland Dam fish bypass on the Penobscot River here in Maine. 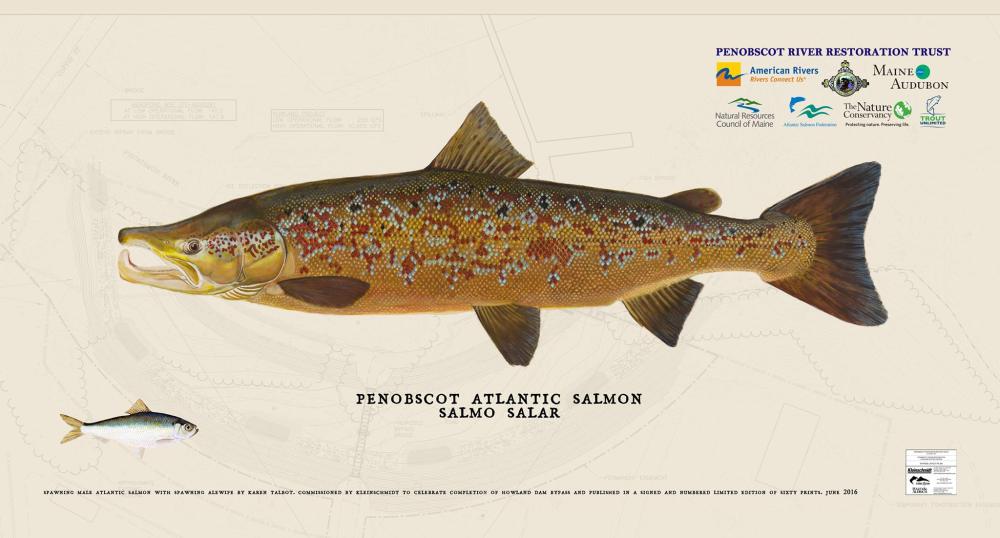 In addition, last year I completed a landlocked salmon, which is the Maine state fish. 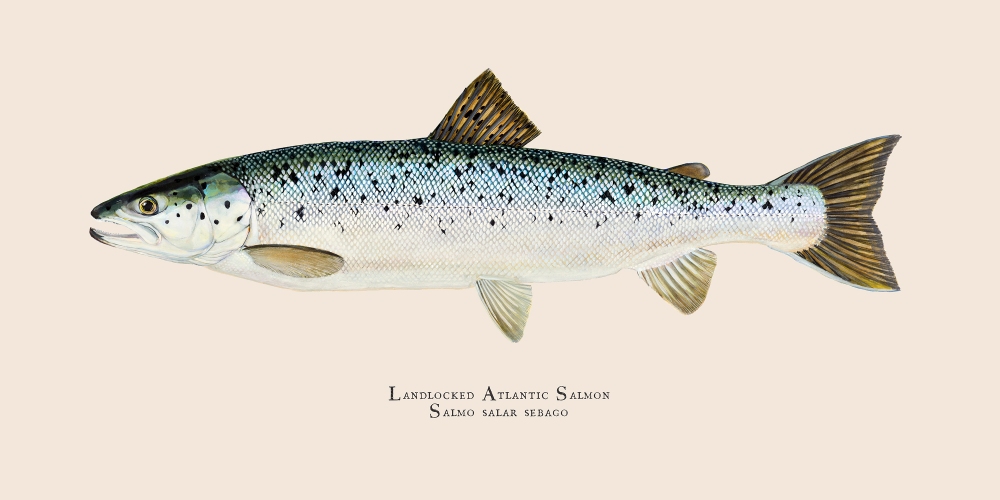 So, as you can see, I have options for a salmon series of Angler’s Pints.